I know this has been covered before but when I search in the DIY section I can‘t seem to find a post with pictures of the fuel filter replacement.

I‘ve tried it already. Comes up as pictures unavailable.

I‘ve tried it already. Comes up as pictures unavailable.


Sent from my iPhone using Tapatalk
Click to expand...

More than likely they were on PhotoBox who changed their policy so images cannot be shared anymore, this happened a few years ago meaning some of us will have to re-do the guides, I did it for the seat bolster removal and repair a few years back.

I have to do this job later this year so will do it if you have not by then, but just follow it word for word and it'll be fine and if you do then take pics and get a guide and images up via tapatalk app as then images will remain
H

I‘m looking on changing it soon so I‘ll take pictures. Thanks for the info mate

Good guide, used it myself. There‘s a fuel strainer within the pump housing too, need to open the housing up to replace.

Edit - should be pics here;

Thanks mate. Has it made any difference in the drive or MPG ?

I took a bunch of photos the other day. Use these in conjunction with the other written description on the forum (where the images have now been lost).

You can‘t go far wrong, just make sure to understand what goes where before you take it apart.

Also, not mentioned in other write ups is that you should open the fuel filler to equalise pressure first. I didn‘t do this initially and had a self pumping fuel fountain when I disconnected the pipe running forward to the engine right at the start. Maybe I should have known better!

Also, other write ups say you have to swap over a third o-ring from the old filter, as it isn‘t one of the two. When I (with great difficulty as I needed 4 hands!) got access to it on the new filter, I found it was in fact already in place. There was no need to bother. Save yourself some stress!

When knocking open the big plastic ring (piece of wood and a hammer) to get into the tank, take not of the paint mark start and finish so you know how many turns to put back on. 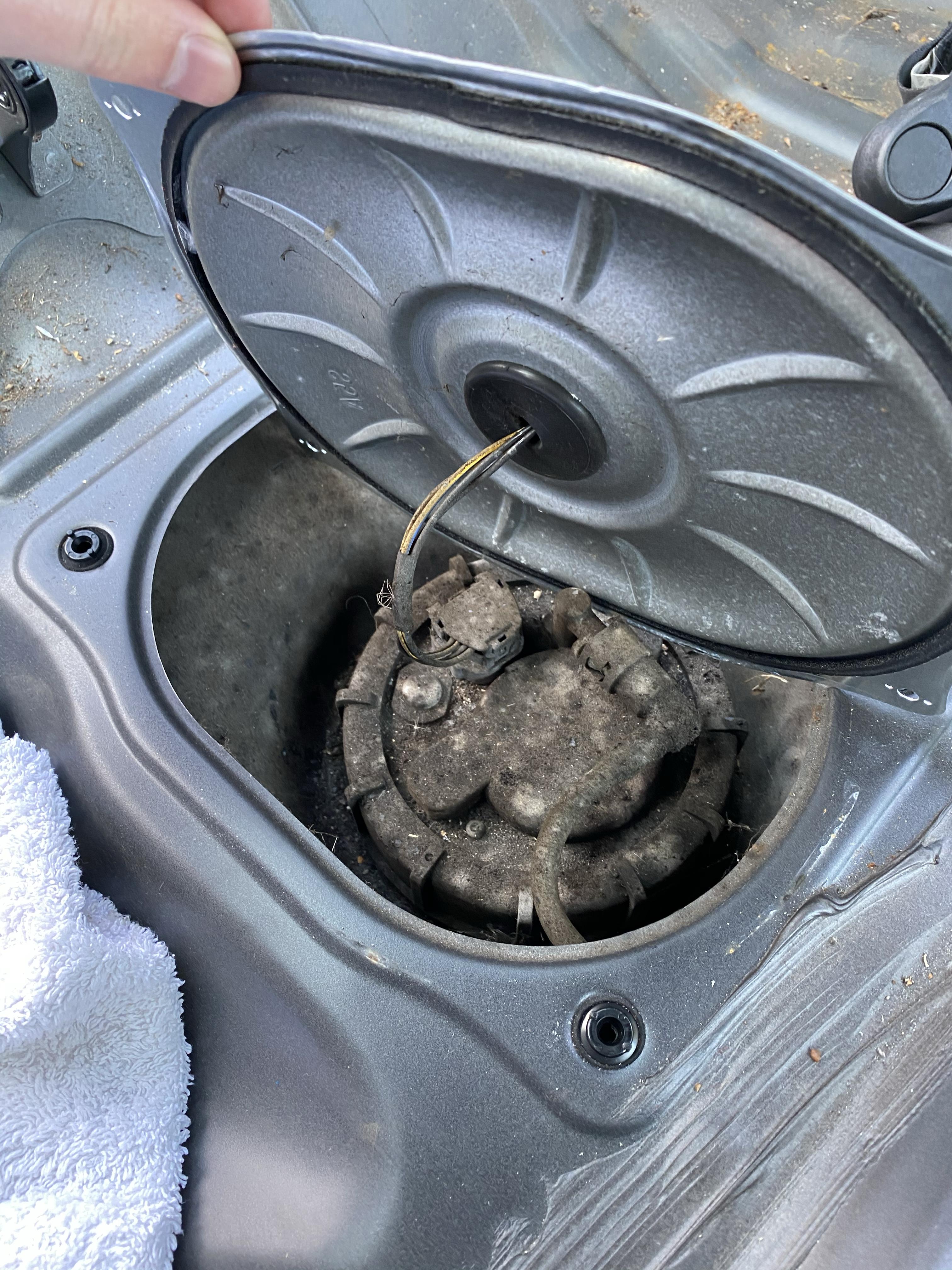 Last one to watch out for, when fishing it out, because it‘s essentially an L shape, the float will get stuck, so lift carefully and when it won‘t come straight up, start to rotate it towards the drivers side and it will come out fine.

As mentioned, there is also a strainer within the pump housing you may as well do at the same time for Â£30.

Intended to do a proper right up but took pictures to sporadically, so I‘ll just put them here chronologically. 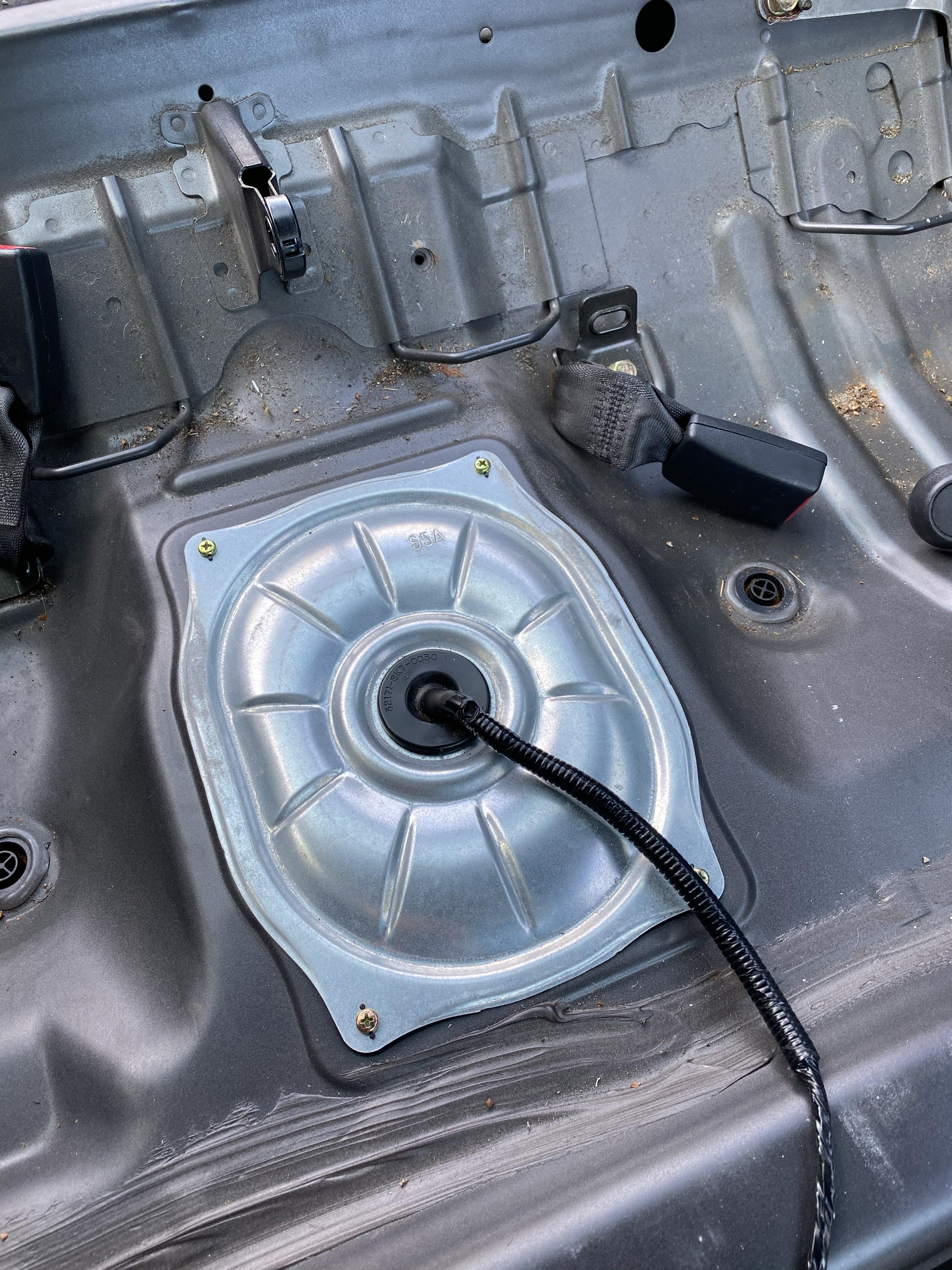 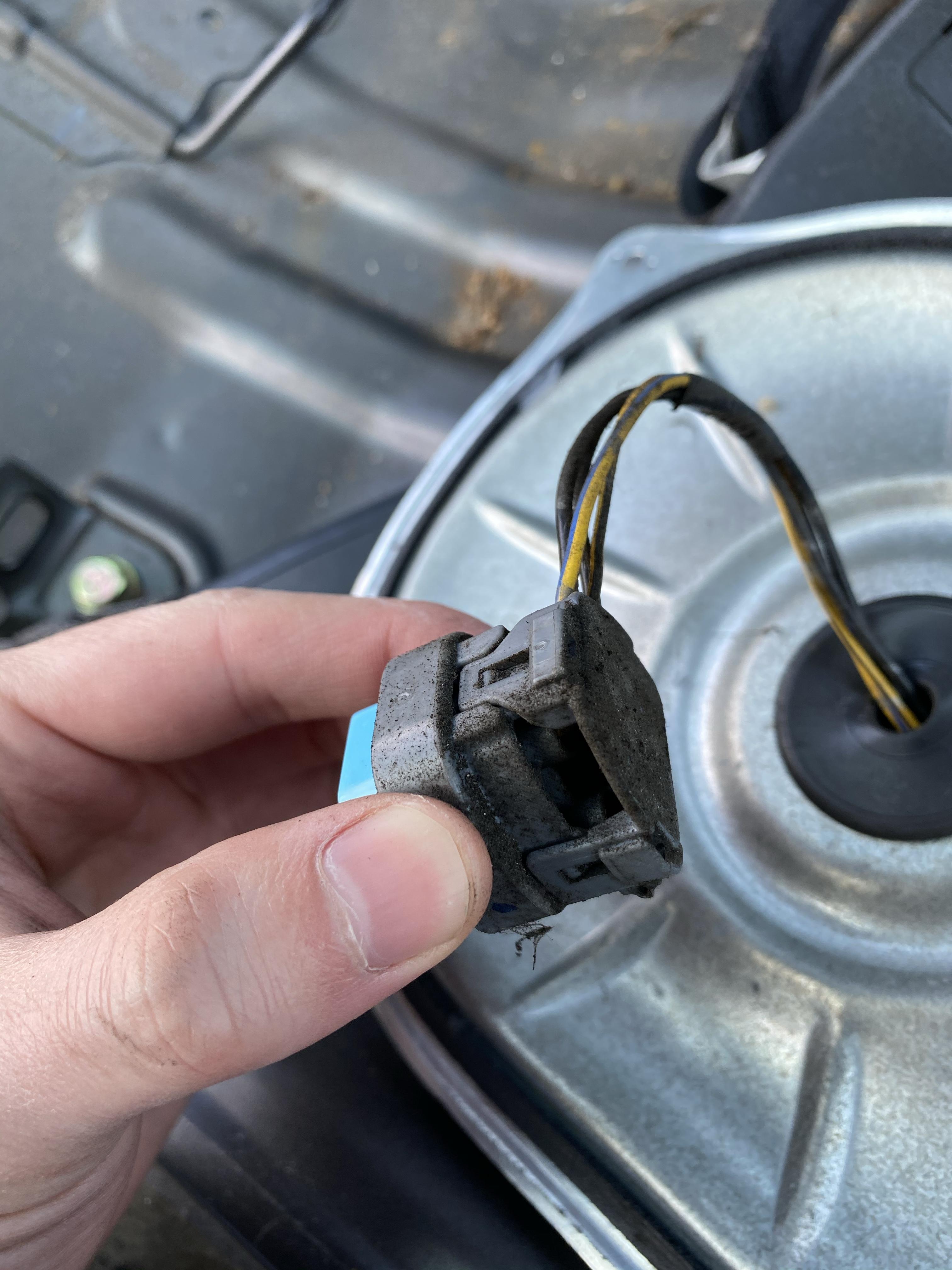 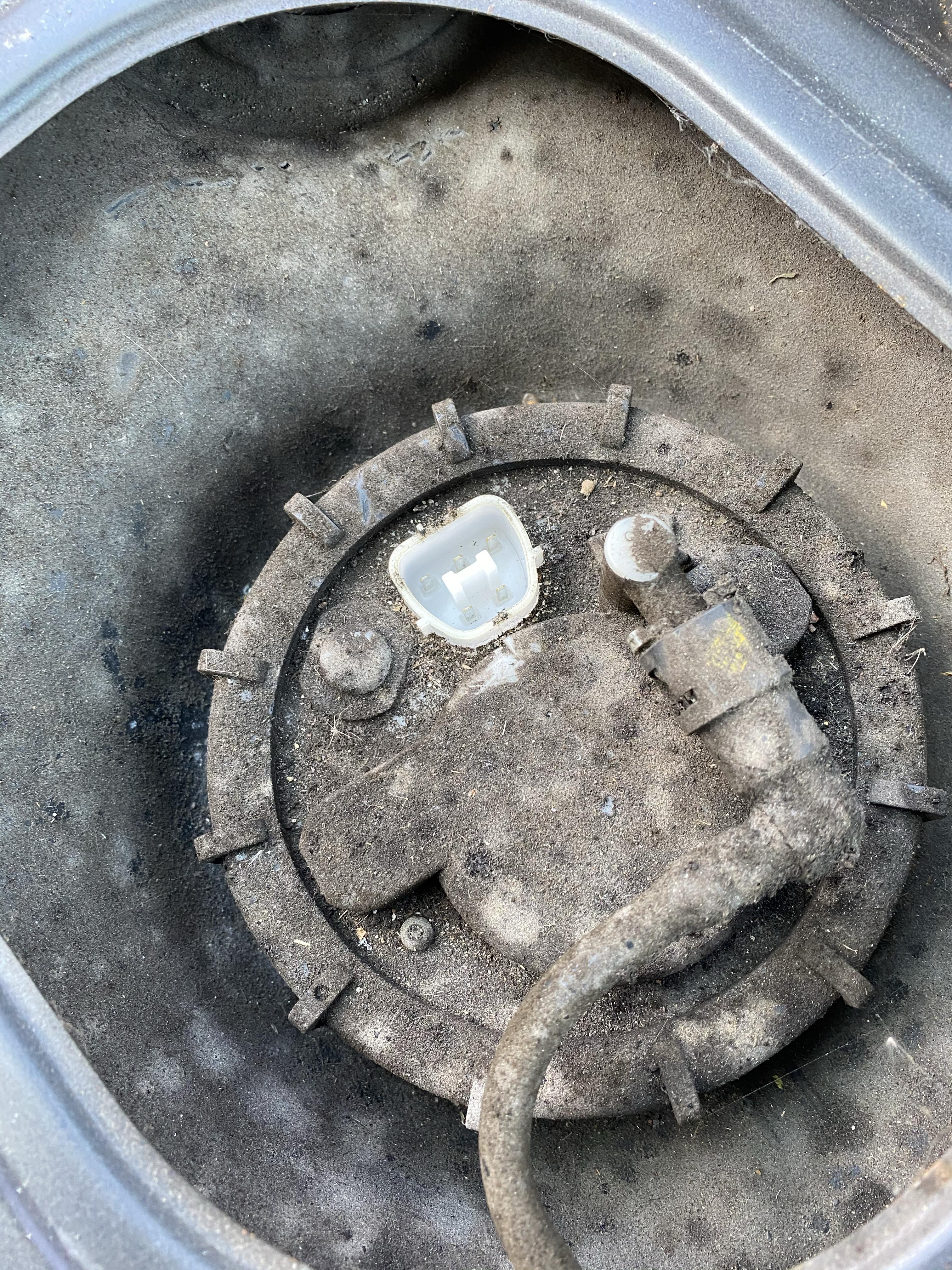 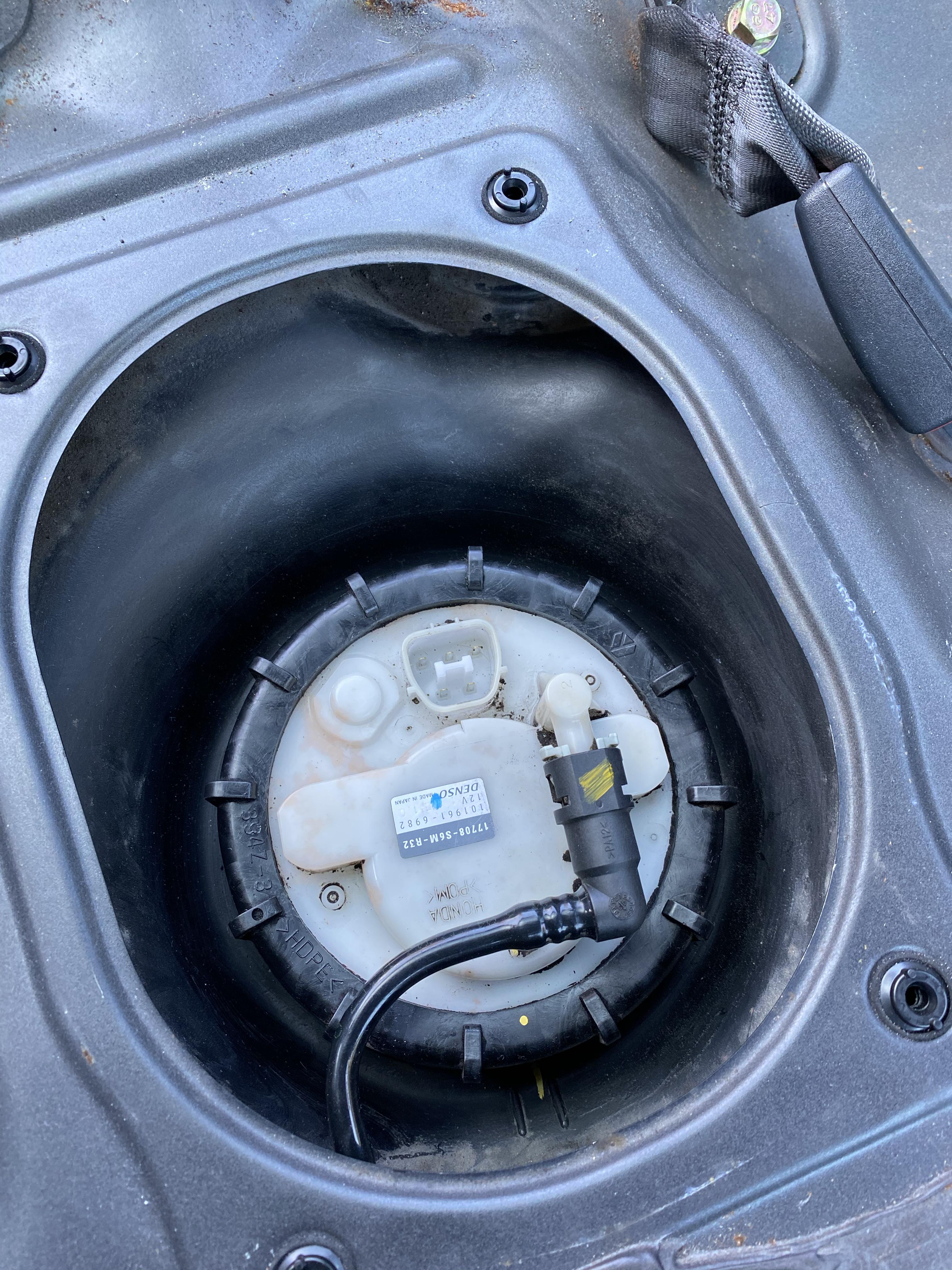 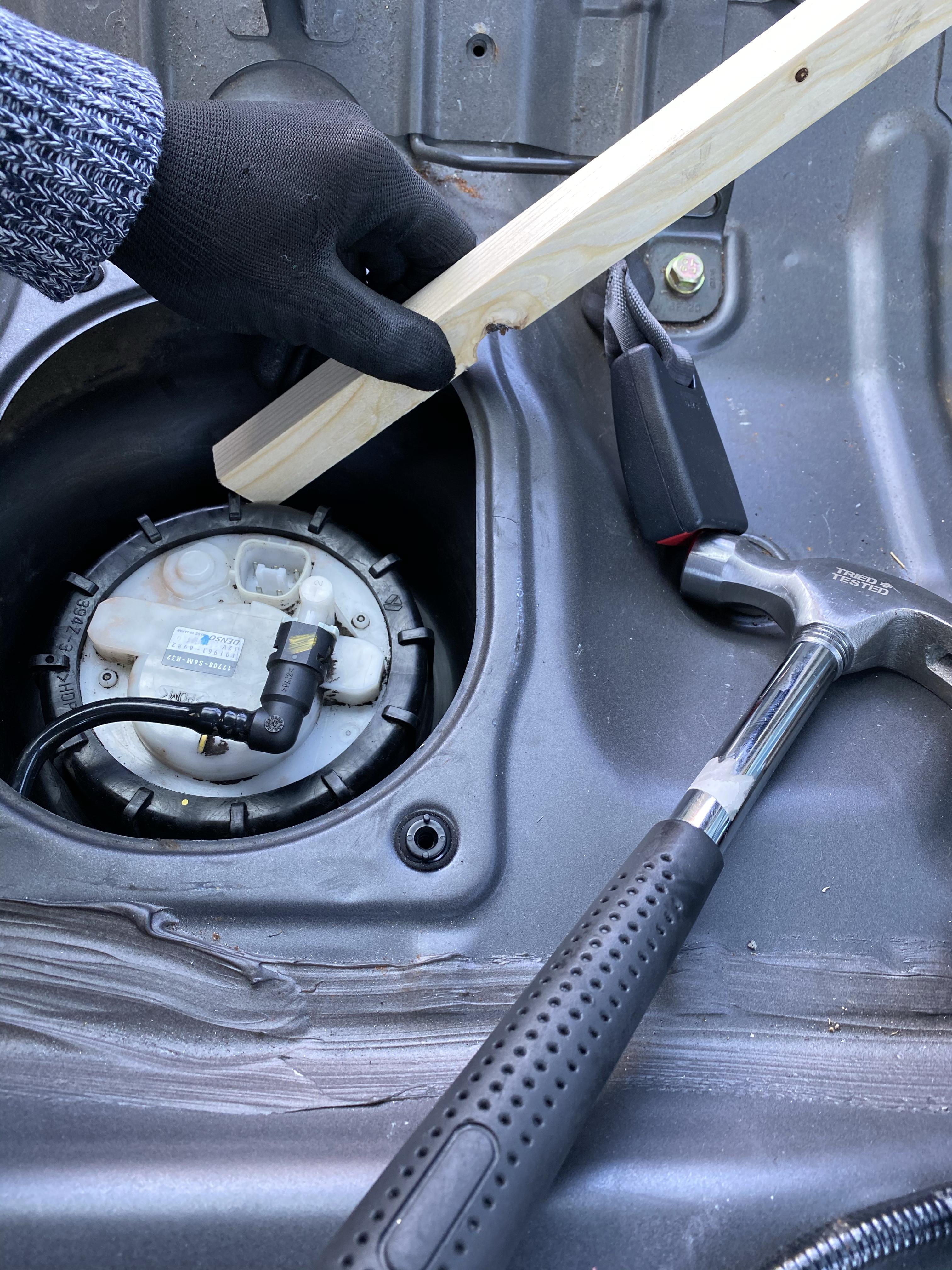 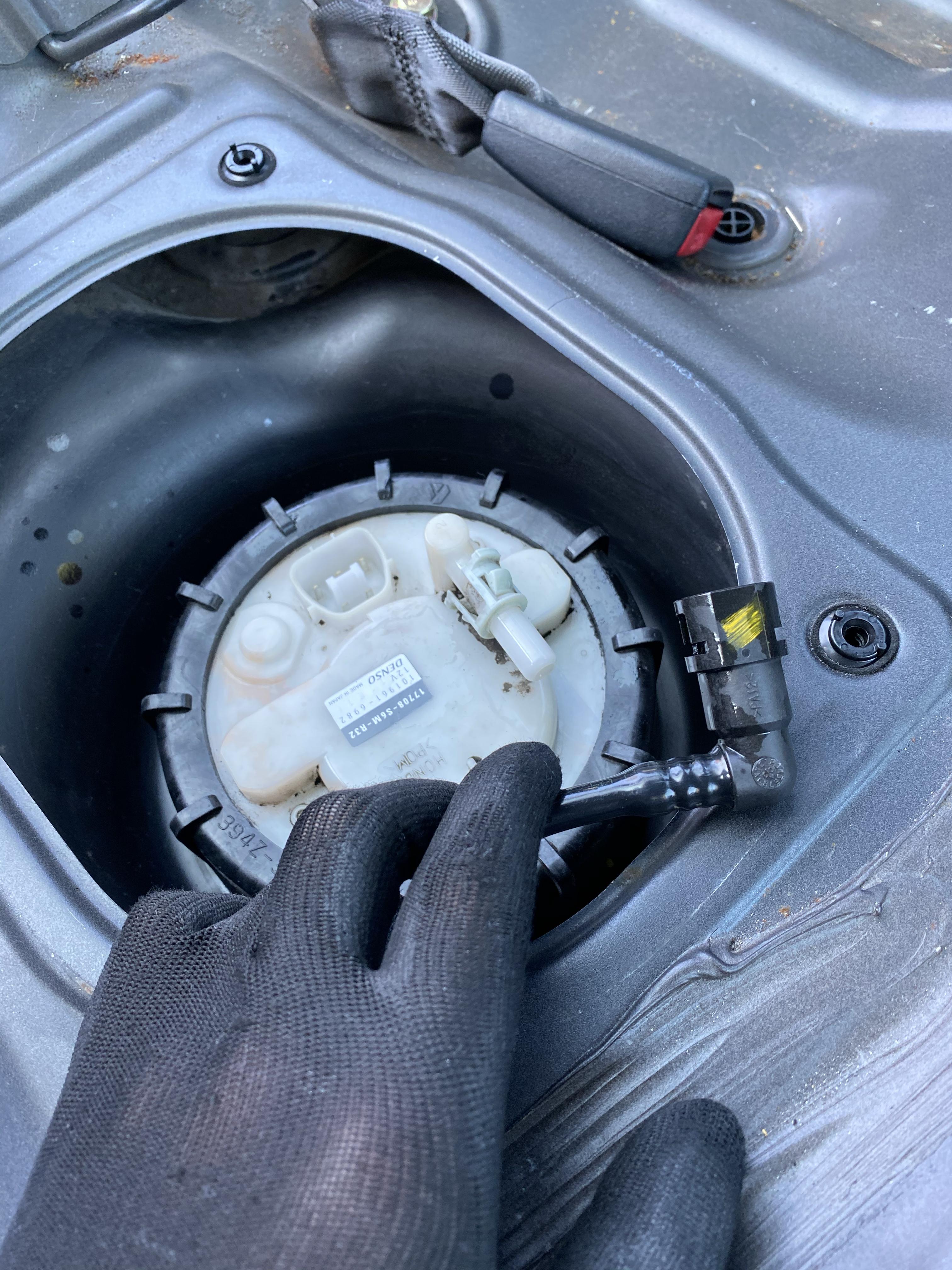 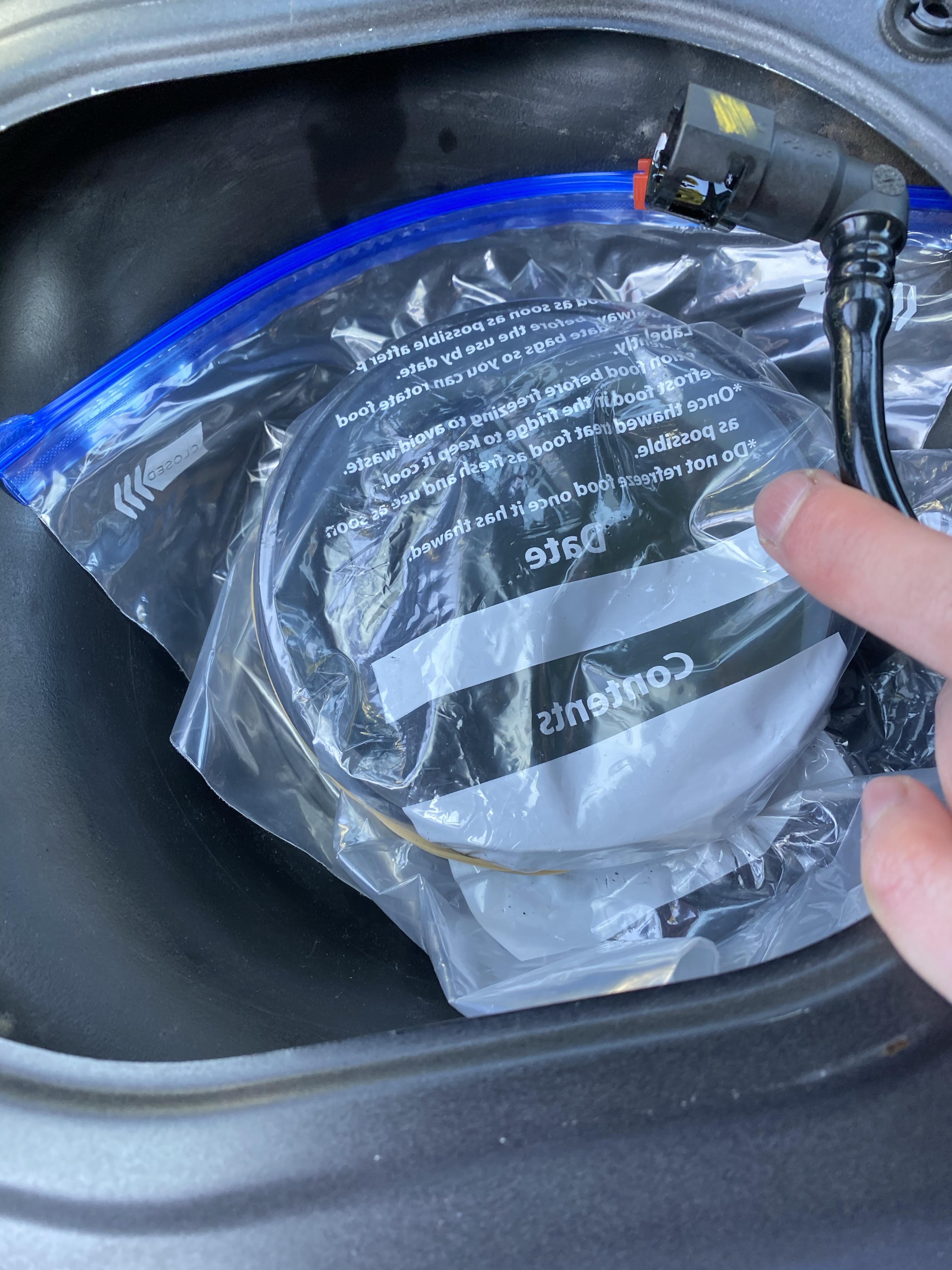 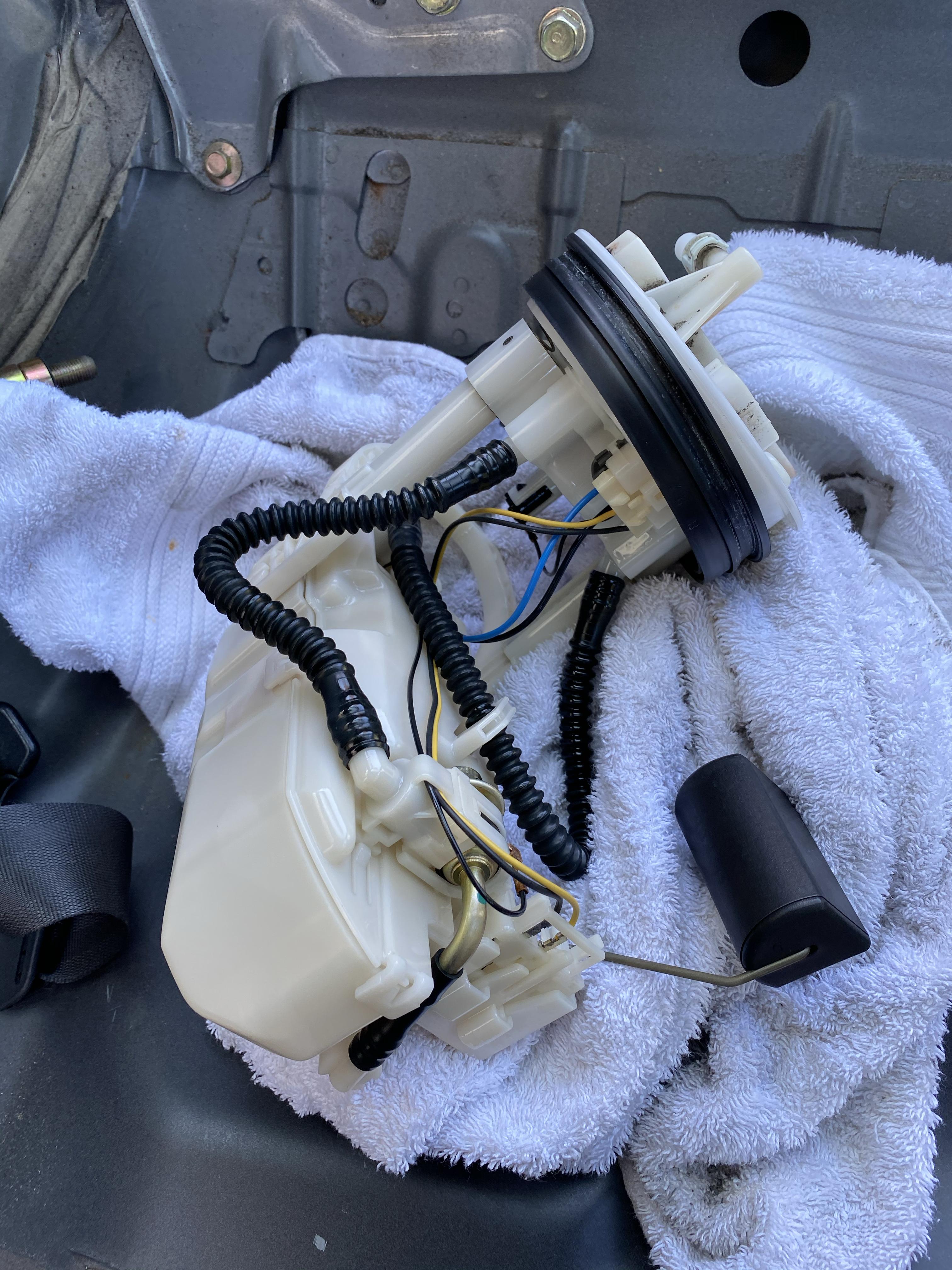 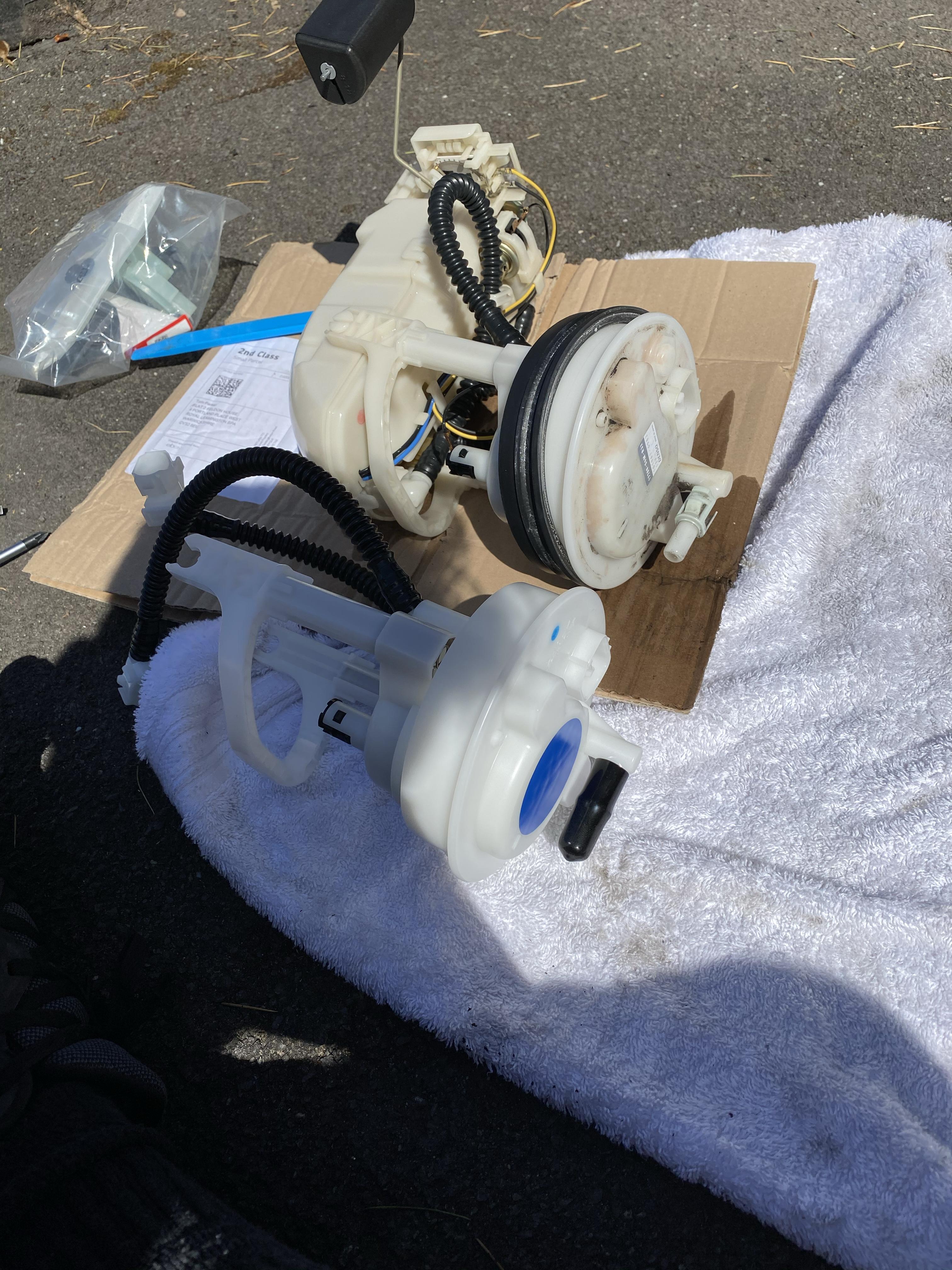 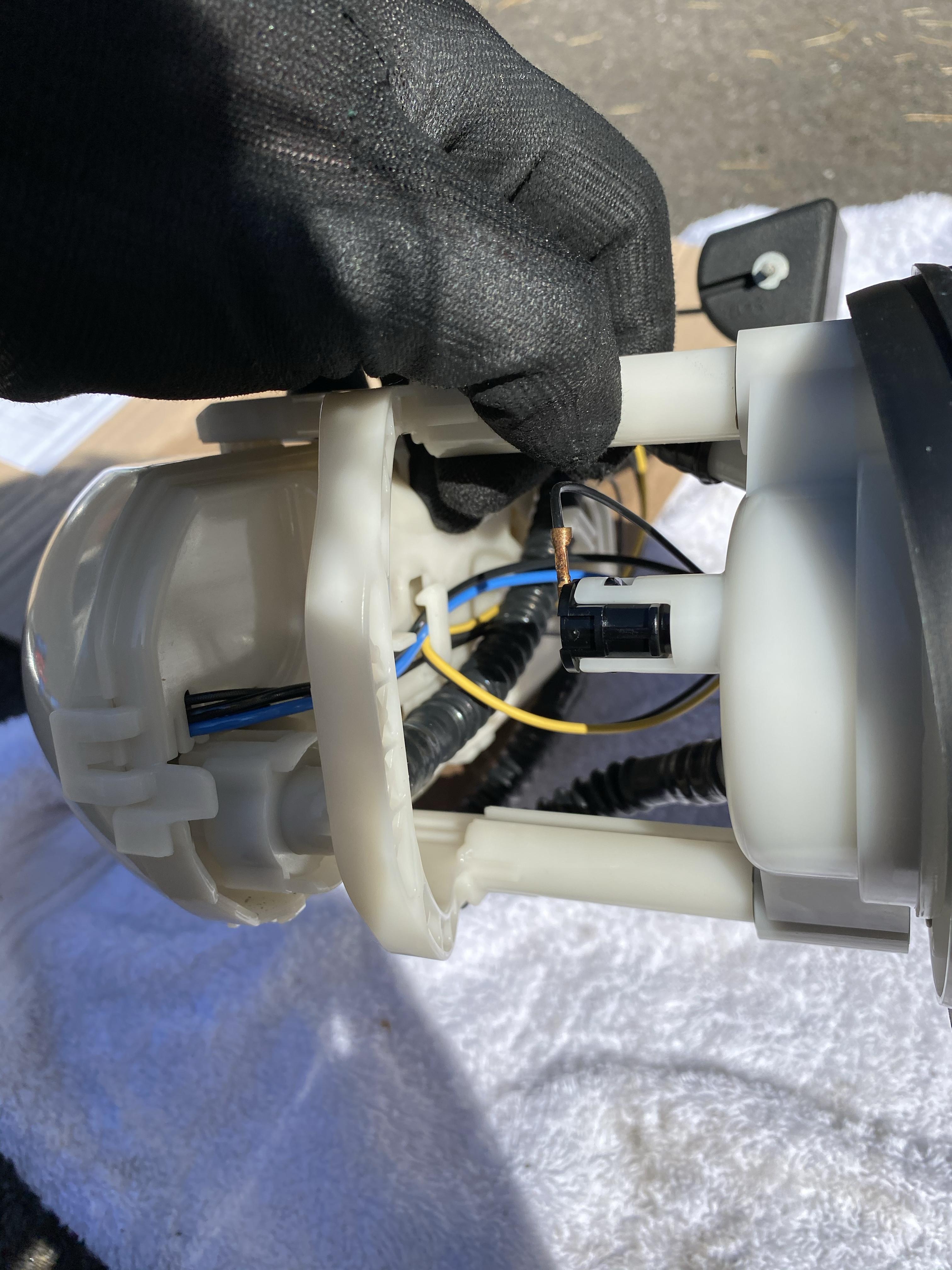 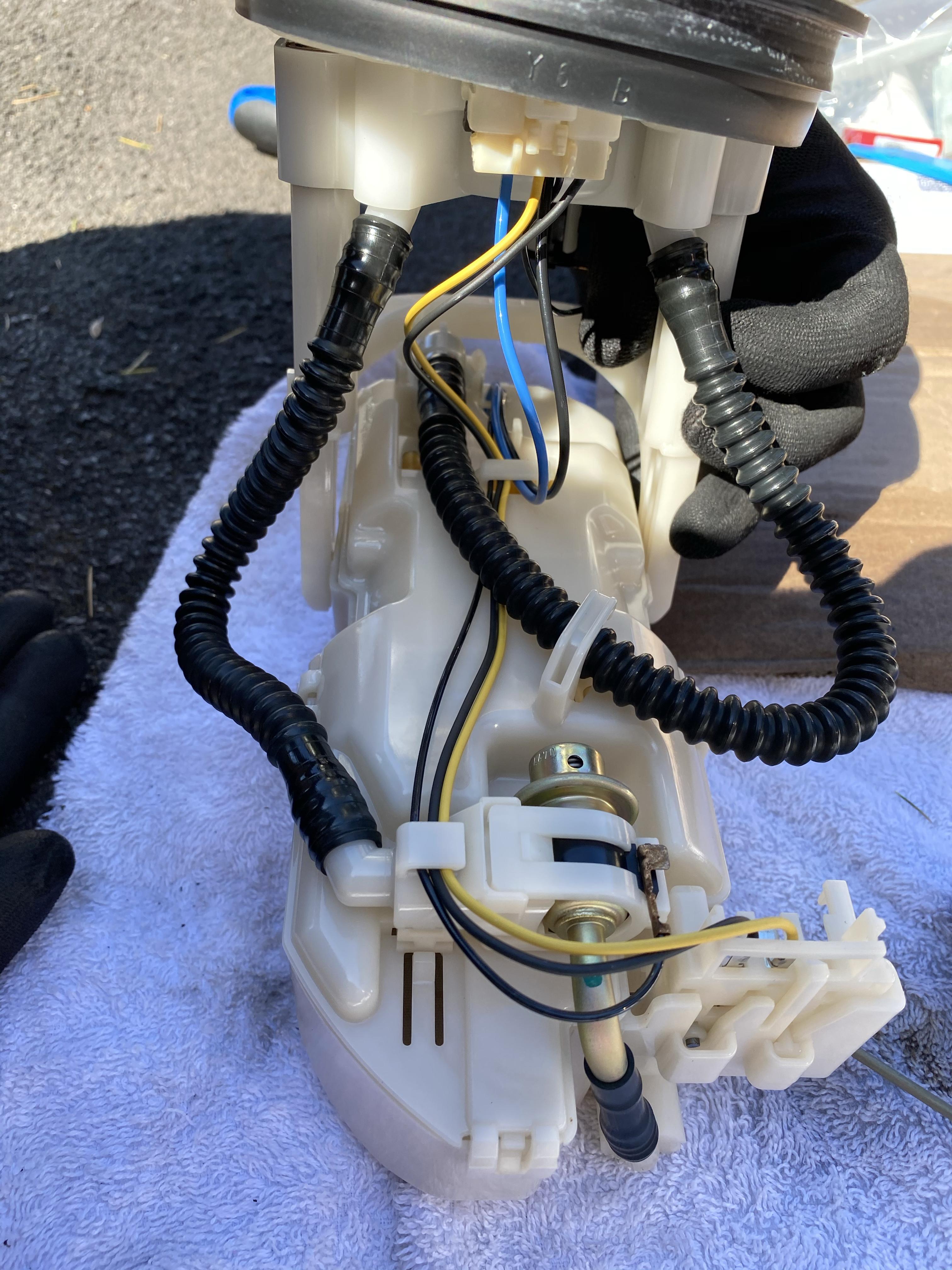 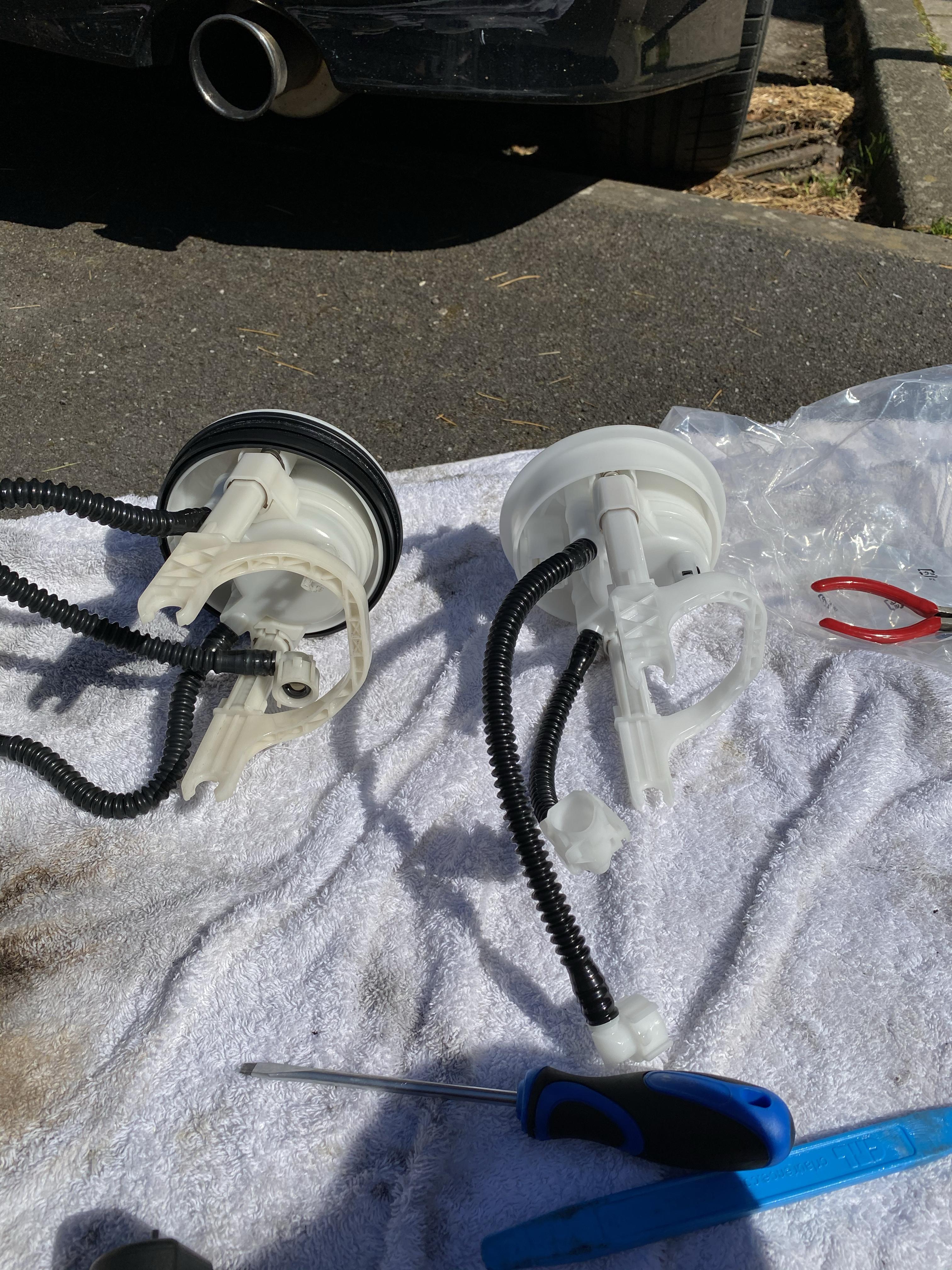 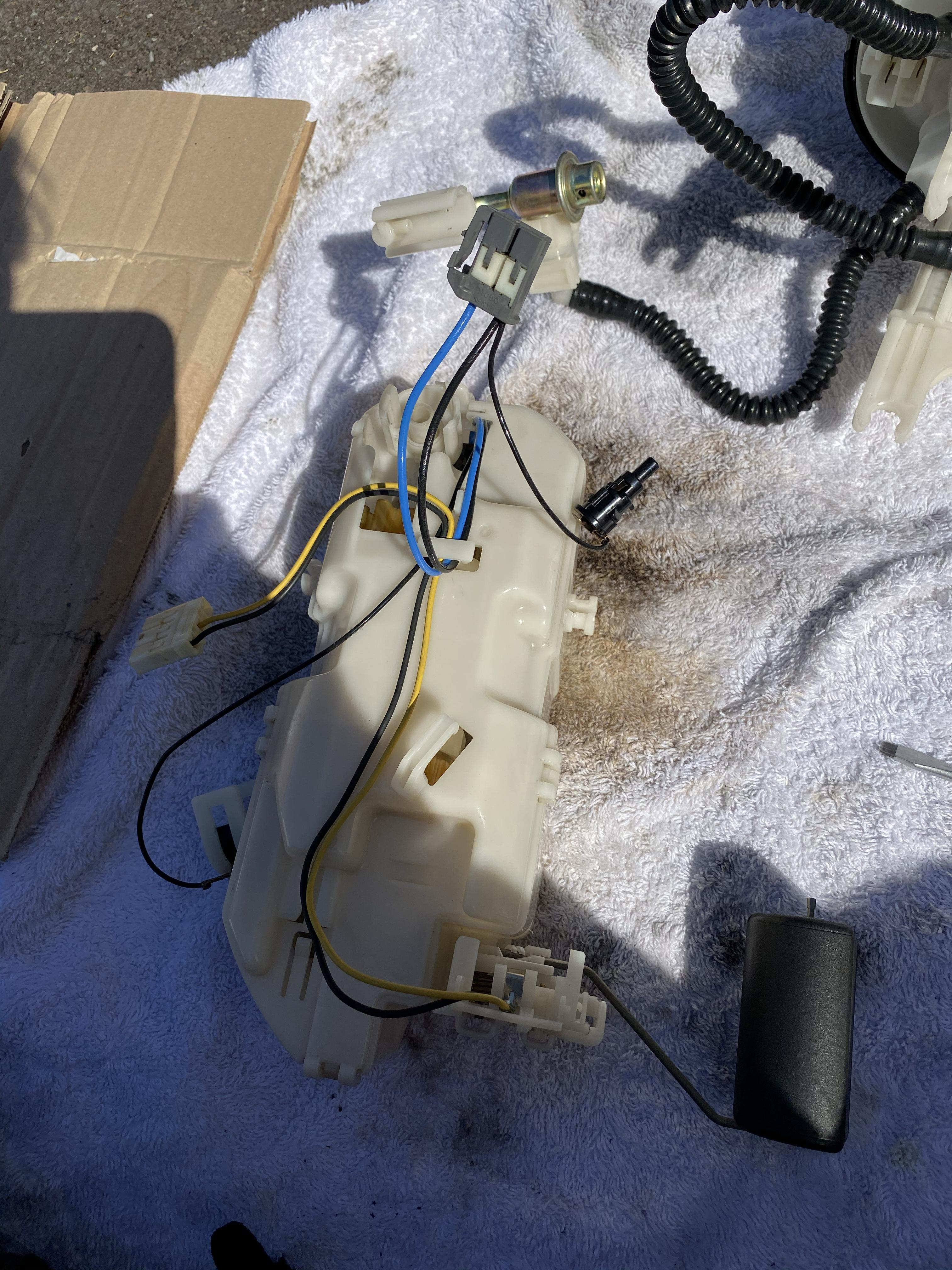 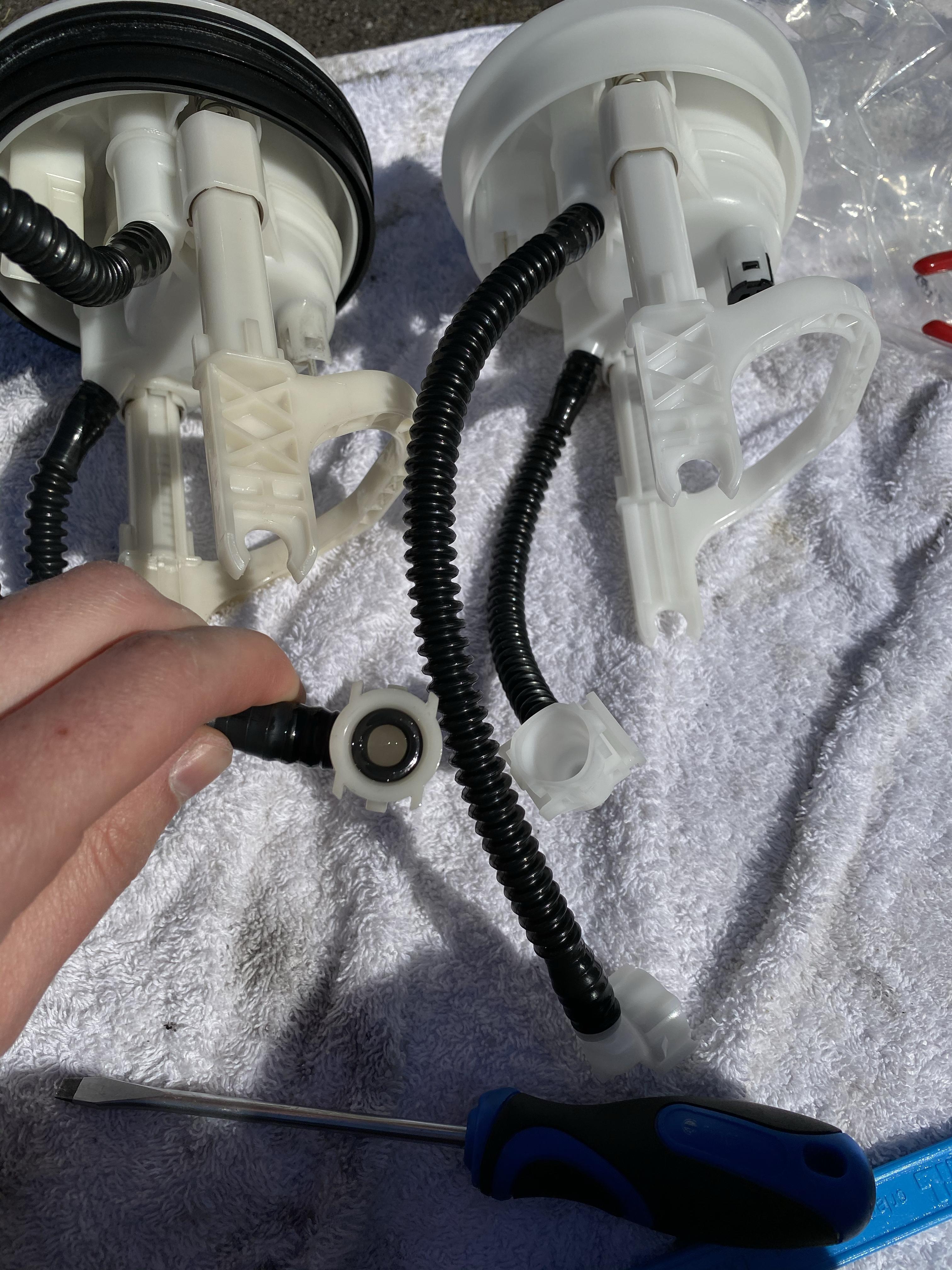 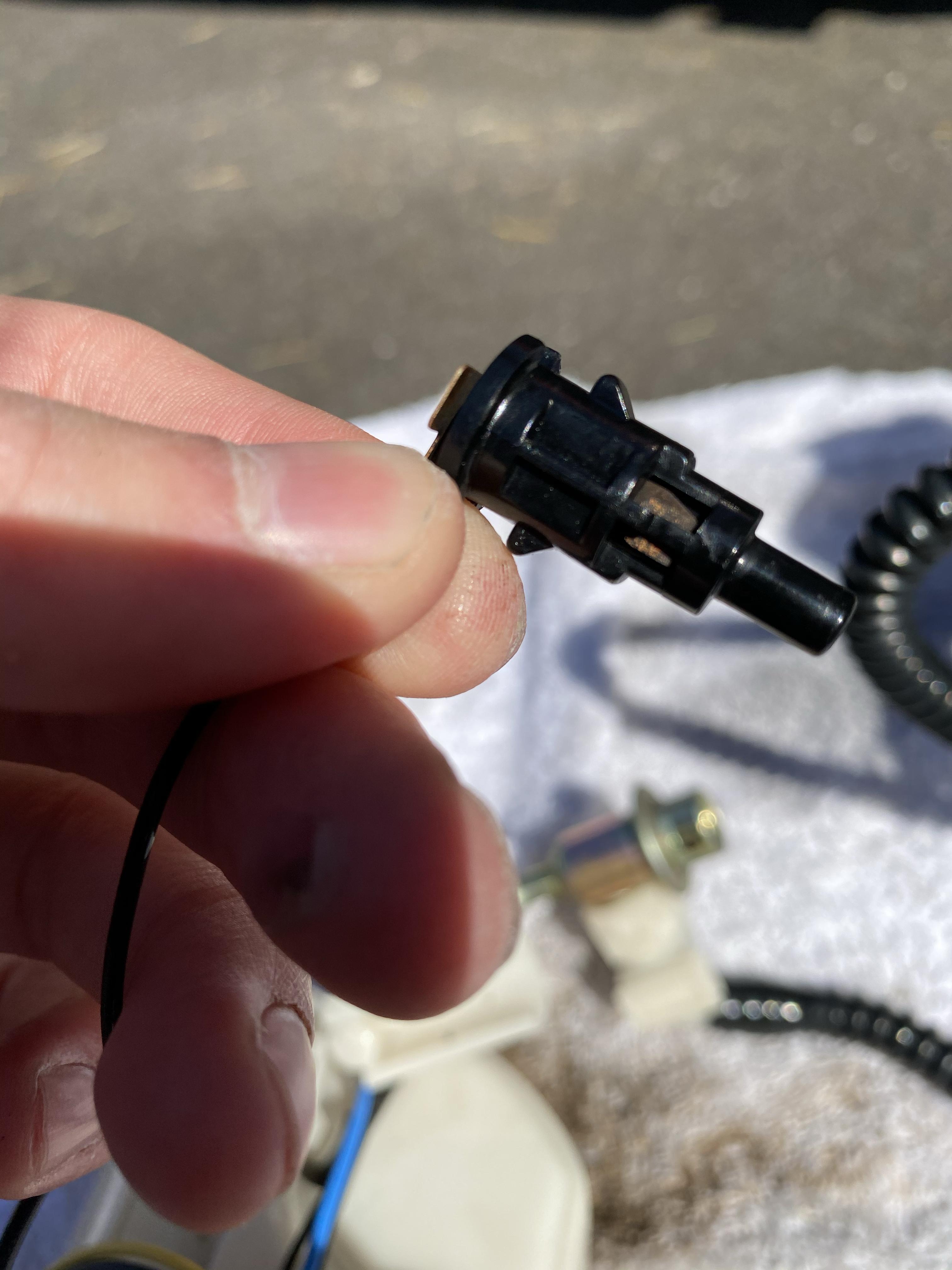 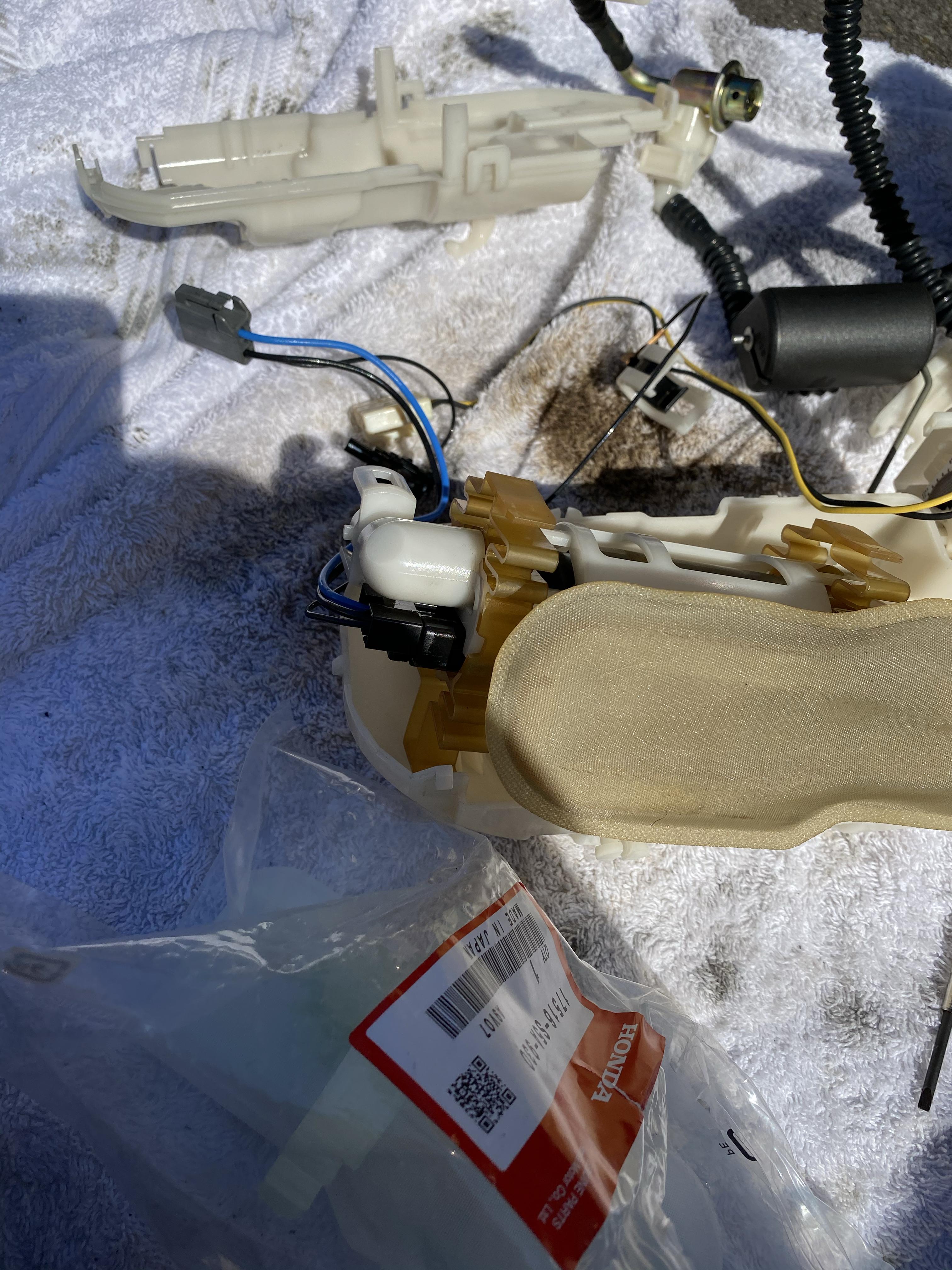 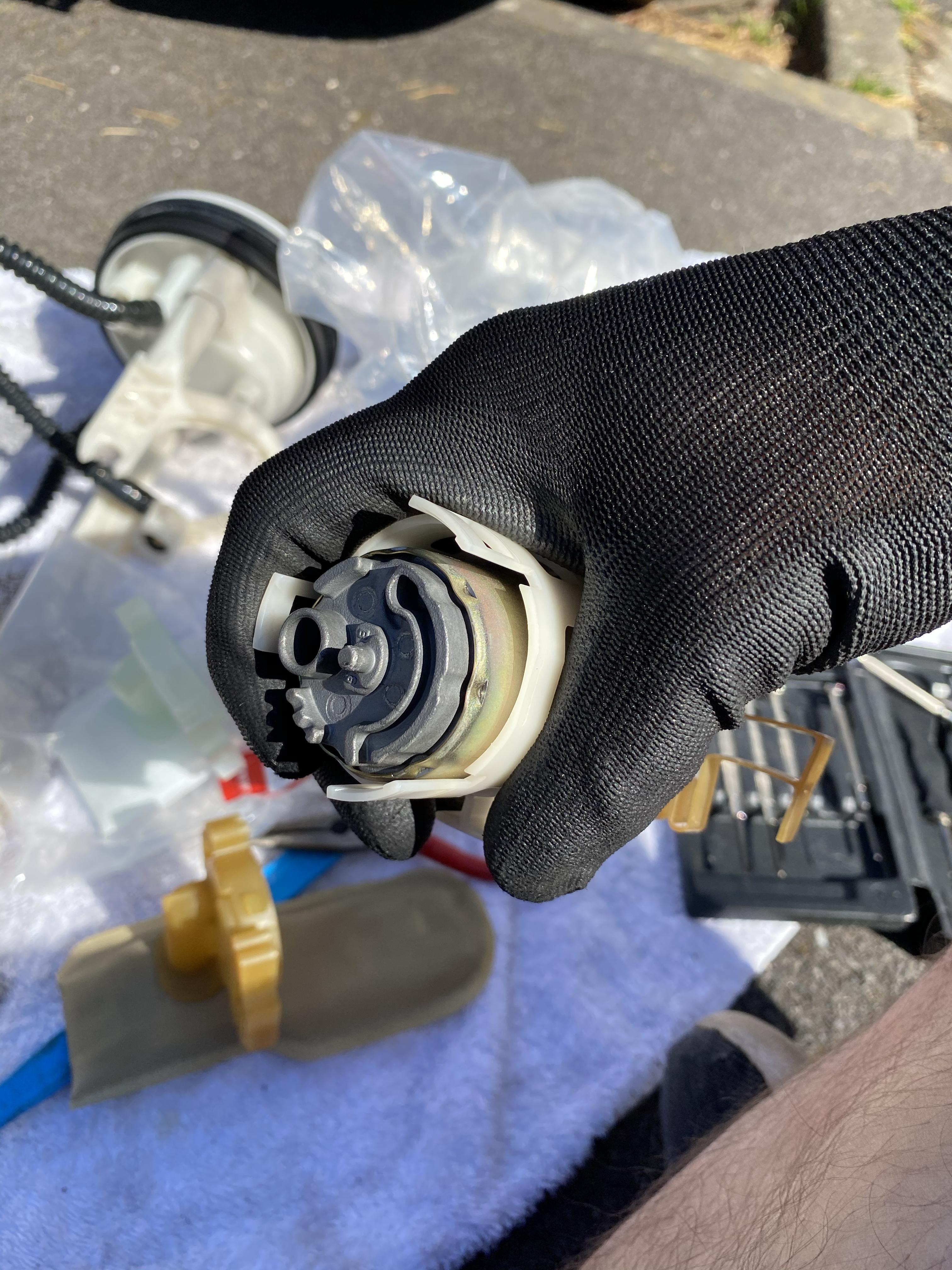 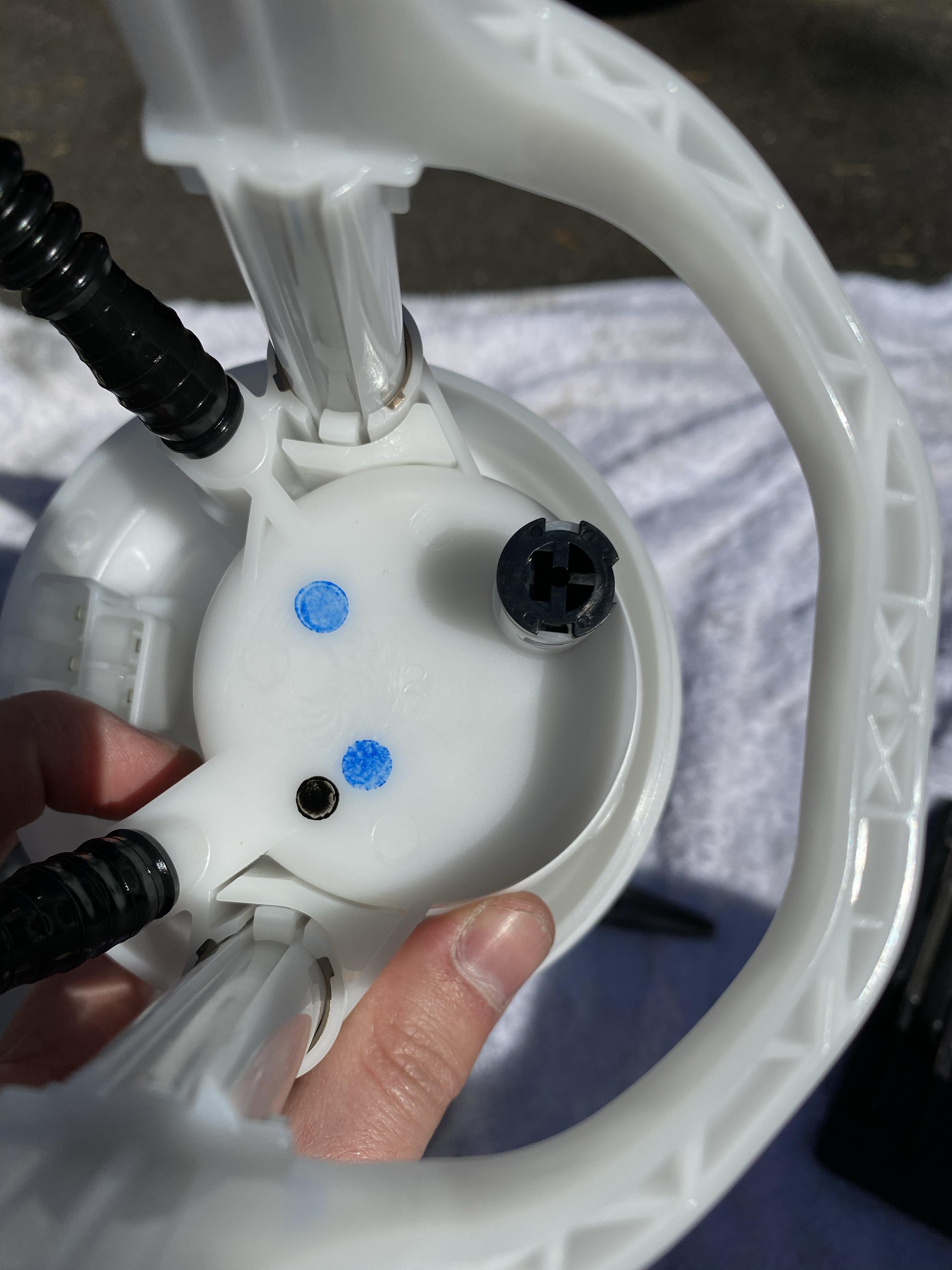 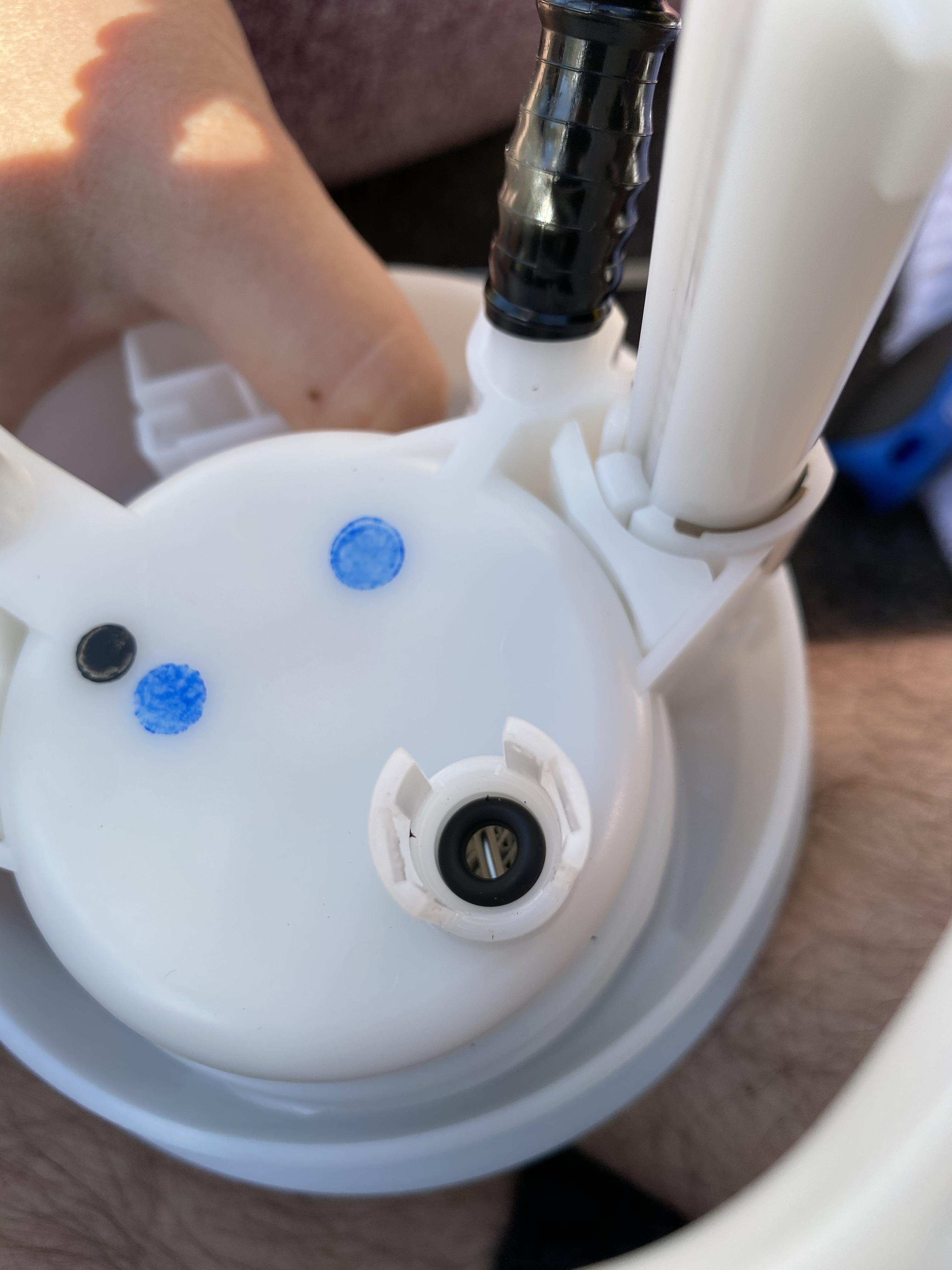 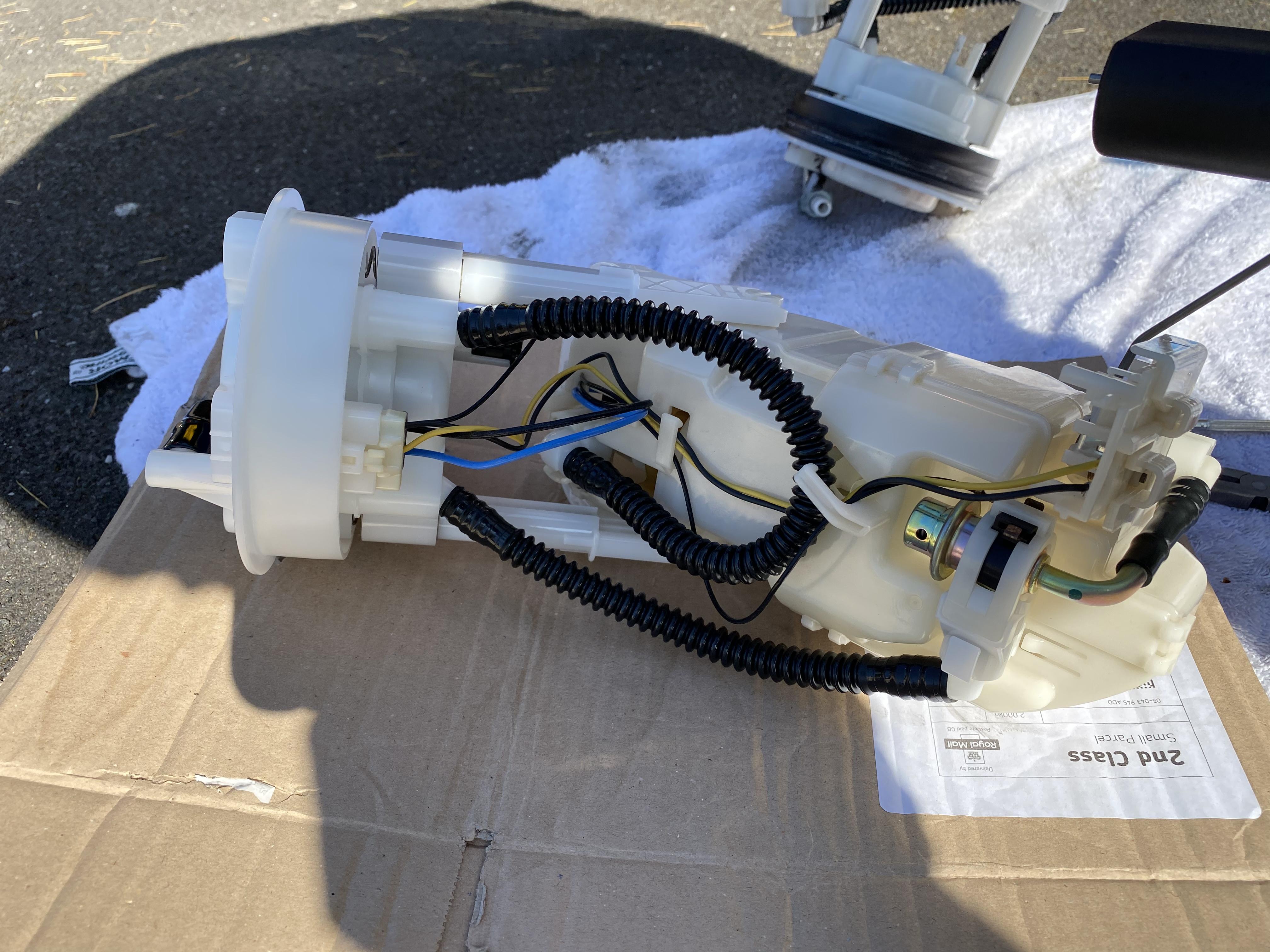 Penultimate 2 show the 3rd o-ring already in place under the difficult bastard clip. Save yourself the hassle

How did u remove the strainer from the fuel pump ?

The pump housing comes away from the filter as part of what you are doing. Then just open up the pump housing and it‘s fairly obvious once it‘s open.

The tricky bit was removing the small metal crimp washer that retains the strainer, but once off it just slides off the end. There will be a new metal washer to replace it with supplies with the strainer.

Is it worth changing the 2 O rings that come with the strainer ?

If you figure out what they were for, then sure!

You don‘t remove any o rings when removing the strainer, apart from the 2 you are already replacing supplied with the filter, so assumed they were essentially a duplicate

Useful pics thanks. I was thinking of doing this soon as can't see it in the history
T

No worries. Would of been more useful if I‘d remembered once I got stuck in my intention to do a write up. Ended up just grabbing loads of pictures once I‘d forgotten

Sent from my iPhone using Tapatalk

Does.the strainerc ou me with the filter? Or is it a seperate part number?

Seen the filter on tegiwa but not a strainer.